Madrid boasts one of the most extensive calendars of concerts, sports events and exhibitions in the world. Take a look at a selection of the most important events programmed for 2012. 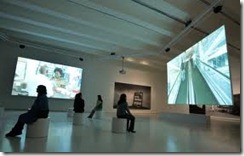 Now is the best time to find and reserve the apartment in Madrid which suits your needs. Contact us if you need further information about our apartments in Madrid for Rent short or medium term period.
JANUARY-MARCH 2012
APRIL- SEPTEMBER 2012